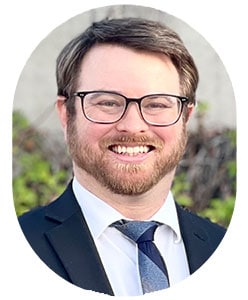 Darin Colburn’s first encounter with the legal system was during his parents’ divorce, which began when he was six years old and ended when he was twelve.  More than twenty years later, having helped hundreds of clients navigate the murky waters of divorce, child custody, and other family law disputes, Darin tells many of his clients what he wishes someone would have told his parents back in the day: take a deep breath and don’t let the past stop you from building a better future.

It may have taken decades, but Darin’s parents are now friends, and both wish they had handled matters differently.  In particular, they both have independently shared their regret over spending an exorbitant amount of money on legal fees during their divorce.  In fact, Darin’s dad is fond of saying that if he had just settled early on and put the money that he spent on attorneys (that’s right, he had more than one) in the market, he would have retired decades ago.  To help his clients avoid the pitfalls experienced by his parents, Darin employs a strategic, solution-oriented, and client-centric approach to the practice of law.  He enjoys earning a client’s satisfaction by accomplishing their goals early on through skillful negotiation and settlement, thereby keeping more money in the client’s pocket.

Despite a very strong track record of negotiating and settling cases favorably and cost-effectively for his clients, Darin is ultimately a trial lawyer at heart.  From Darin’s perspective, negotiations and litigation go hand in hand, because strong trial advocacy leads to better settlement offers.  After all, if the other side is going to take you seriously at the negotiation table, they have to perceive you as a threat in the courtroom.  Darin is an experienced trial attorney that excels in high net worth divorce, complex business valuations, and messy custody disputes. In 2019, Darin was selected as a Top 40 Under 40 Trial Attorney by the American Institute of Trial Lawyers.

Darin was born and raised in Central Phoenix.  When he is not lawyering, he is an avid reader, amateur home cook, and aspiring chess master.  He also enjoys traveling abroad and spending quality time with his wife, Claire.